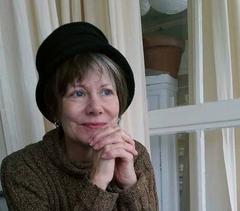 Mary Lambeth Moore is a writer, editor and activist. Her primary work has been as a ghost writer and editor, amplifying voices for equality and justice. She is a former editor of Carolina Wren Press (Durham, NC), now Blair in Raleigh. In 2010, she published a novel, Sleeping with Patty Hearst. In 2019, she was named as a finalist in the Ron Rash Fiction Award in the Broad River Review for her short story "Emergencies." Recently her first poem, "Breaking," appeared in Change Seven Magazine.

Mary serves as Senior Writer for Self-Help, a non-profit network of credit unions and policy advocates working to expand economic opportunities for people of color, women and rural residents.  She has written for CEOs, national policy leaders and community advocates. Since 2017, she has produced or collaborated on 16 short documentaries on the history of financial institutions founded by groups such as African-American farmers, Mexican immigrants and textile workers.

In her work with Carolina Wren Press, she edited In the Arms of Our Elders by William Henry Lewis -- a collection of stories praised by writers such as Ann Beattie and Peter Matthiessen.

Mary grew up in Reidsville, NC and received degrees from the University of North Carolina at Chapel Hill and the Kennedy School of Government at Harvard. She and her husband Bill Gowan live in Raleigh, where they enjoy occasional visits from their singer-songwriter son Max.